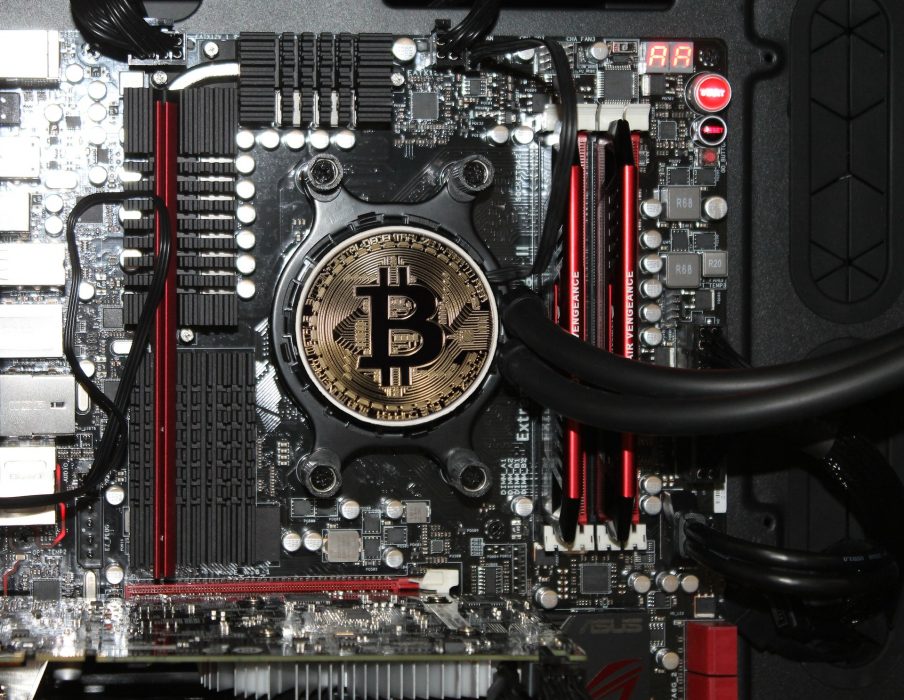 First of all, forget everything you know about Mining...

Unless you know a lot about mining cryptocurrency.

Bitcoin, being the OG blockchain, set the standard for mining. Now, there are iterations on the technology and tokens that don’t use mining to progress and validate the blockchain, but we’ll stick to the original for most of this explanation.

But first, the Blockchain

To understand mining, you need to know about the block chain, which is essentially blocks of data connected by a hash – a string of characters. The hash links one block to the next, forming a chain.
Blocks are started in order, with less Bitcoin being released as each block is started – this is called planned scarcity. This means there is a finite amount of bitcoin that can be mined and that will ever exist. When a new block is started, bitcoin is released to the miner, or mining pool that cracked it. Not all tokens work with this model, some development teams have even decided to build coins with an unlimited supply while others have decided to release a finite supply all at once.

How do we know who gets bitcoin? That’s where mining comes in. Simply put – systems with mining software try to “guess” the hash on the next block. When the block is released, the computer or group of computers (called a mining pool) with the closest answer get to start the next block and claim the bitcoin reward.

But why do miners need to “guess” at all? It’s because Bitcoins’ creators decided it needs to cost something to make a block, otherwise the reward would be meaningless. The mining, the scarcity, the fees – these measures keep people or bots from spamming the network.

Imagine if e-mails cost a dollar to send, you probably wouldn’t get so many pleas for help from african royalty. E-mail is relatively low stakes compared to a multi-billion dollar financial network, though. If it cost nothing to participate in the blockchain, it would be more vulnerable to attack because bad actors would not need to invest in the system to have a chance at breaking it.

Miners are incentivized to keep bitcoin secure because they’re competing for a reward, and the reward wouldn’t be worth anything if no one trusts the validity of the tokens.

Why not reward all the miners? Well, it’s an incentive, not a payment. In order for bitcoin to be a valid form of currency it needs to A) exist and have a B) controlled supply. 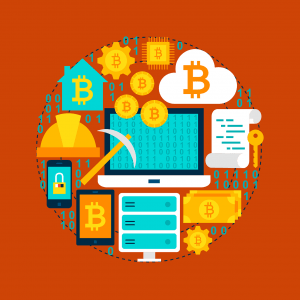 What else can a Miner Do?

Miners aren’t only looking to win the next block, they’re also validating the transactions occurring on the network and logging them into the current block. See, the blocks aren’t just full of random data, the blockchain is the ledger of every transaction that has ever occurred. When you get bitcoin and spend that bitcoin, you’re not just shuffling numbers around and making up values – that bitcoin had to have been mined and traced up until you got it, and will continue to be tracked and backed up until the final working node on the bitcoin network disconnects for the last time.

Before, it might have been easy to run a Bitcoin mine on your personal computer, but as more mines enter the network, the more transactions occur and the more widespread the network becomes – you can no longer profit with this set up, at least with bitcoin. This brings us to:

These USED to be low-cost and are far more efficient at running the specific processes to mine bitcoin. Demand and chip shortages have impacted the market, making the units much harder to find these days. With an ASIC you can only mine tokens that allow ASIC mining, so they are very specialized hardware. Even if you do get your hands on one, you may need to replace it every year or so as parts wear out and faster units are being released.

The benefit of an ASIC is that it’s purpose-built for the task of mining, it’s more energy efficient and much faster than repurposing a general use computer to the same task, and they are still cheaper than putting a whole computer system to work on the blockchain. The drawback being they’re a bit scarce.

A great way to get into altcoins would be to use relatively widely available GPUs. While there have been shortages and price surges with demand going up and supply going down, you can still find these at any computer store or online retailer.

Still, GPU mining is a power-hungry process and not well suited to running all day, every day on your home computer. If you’d like to try out mining without a huge investment and you already have a computer for gaming or digital media – this is a great way to learn, once you understand the risks. Plenty of altcoin miners these days can run on GPUs, making it an easy way to partake in the enterprise.

The oldest mining method, the original bitcoin miners used the processing power of CPUs to crack the next blocks in the chain – but now it’s outdated. GPUs have become faster and better suited to mining while CPUs tend to run hot and sluggish.

There are still coins that offer CPU mining, though there is a risk when putting a huge workload on an integral, central part of your computer. If you have an extra computer kicking around, why not try it out?

If you don’t want to risk your home computer or invest in a specialised miner there’s the option to use someone else’s. Huge warehouses in remote areas run miners where it’s cheaper and easier, all you have to do is pay for the power. Easily the most hands-off mining approach, where you can simply invest and wait. Many companies run mining operations that allow you to buy and pay for the hashing power for a chance at sharing the revenue, a quick search will give plenty of results.

Crypto miners seek to take advantage of lower cost hardware, real estate, energy and internet bandwidth – this is why China and Eastern Europe are hotspots for crypto mining, but they’re not the only ones.

Can you Mine Crypto in Canada?

Absolutely – Canada, while not a major hub for mining, is still an attractive country for the industry due to low population density and relatively low temperatures – as mining software runs hot, which means it takes energy and cooling systems to prevent overheating which can destroy hardware. Cryptocurrency mining in Canada is appealing for political stability as well, an important factor in long-term operations.

Industries unrelated to cryptocurrencies have taken notice of this, especially in Alberta with its extensive oil and gas resources. The provincial government is aware of how appealing the abundant supply of energy has become to prospective crypto-mining businesses and believes it can be a welcoming home to the industry. Mining operations have already taken hold in Alberta, benefiting from lower sales taxes and a government friendly to cryptocurrency.

Crypto mining in British Columbia isn’t far off. The province is already home to a number of businesses in cryptocurrency – including the first bitcoin ATM in the country which was set up in Vancouver in 2013. Vancouver is also home to one of our offices, Vancouver Cryptocurrency Exchange, offering cryptocurrency trading services to customers in the lower mainland. BC also boasts the mildest temperatures in all of Canada, which is ideal for both computers and the people running them.

Can you Mine Cryptocurrency in Calgary?

Crypto-Mining in a big city like Calgary or Vancouver may not be as profitable as in rural areas, due to higher real estate costs and an overall higher cost of living, however there are solutions for enthusiasts who still want to get involved. Companies, recognizing the desire for “hobby” miners in smaller spaces, have started making and selling pre-built mining rigs anyone can order online. A miner still takes technical knowledge to set up and run, but some companies are offering support and assistance to help new users. For those who don’t have that much time, energy or space to devote to a miner, there are still cloud operations, as mentioned above, that anyone with the interest and the finances can buy into.

That depends on what you want to get out of mining. Is it a hobby or interest? Are you looking to earn hundreds or millions of dollars? The method that works best for you depends on multiple factors, like time, space, ability and resources. No matter what you do, make sure you research the costs, the risks and the potential reward to make sure you’re getting what you want out of it.

If you’re not in Calgary you can find us at our other locations in Vancouver and Victoria.

For further reading please check out these links:

https://whattomine.com/ a calculator for comparing what you kind of set up you would need to mine different tokens.